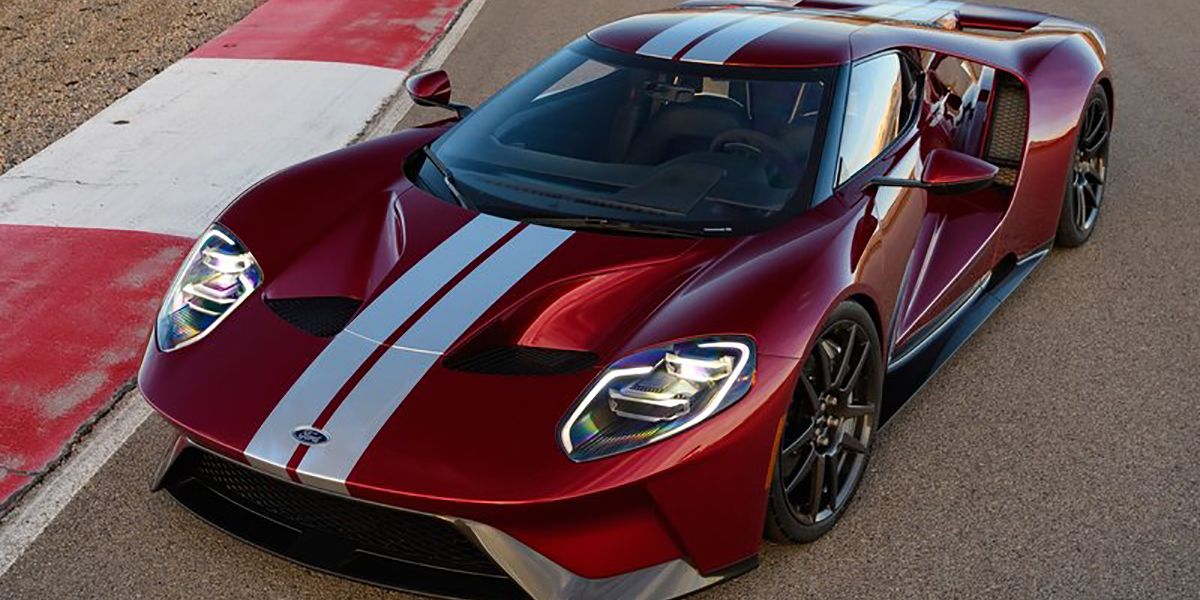 For most of the 20th century, American automakers were considered inferior to their European counterparts when it came to building world-class vehicles. sports cars. Sure, we love American icons like the first-generation Ford Mustang, Pontiac GTO, and second-generation Corvette, but if you compare them to European sports cars built at the same time like the Ferrari 250 GTO, Jaguar E- Type, and Mercedes-Benz 300SL Gullwing, you will see that the Europeans were way ahead of the game.

RELATED: These Are The Most Beautiful American Cars Ever MadeHowever, that changed in the ’90s when Dodge introduced the crazy V10-powered Viper. Suddenly the American auto industry had a sports car that looked as good as Ferraris and Lambos of the day and could also keep up with them in a race. Since then, American automakers have built many impressive world-class sports cars. These are ten of the best.

Jerod Shelby (not related to Carroll Shelby) is an American entrepreneur and gearhead who always wanted to build the ultimate American sports car, so he started SSC North America in the late 90s to do just that. SSC’s very first car – the Ultimate Aero – showed everyone that the company was serious.

SSC’s goal was to break the production car’s speed record, but since it couldn’t beat the Bugatti Veyron’s record, SSC decided to build a twin-turbocharged version – the Ultimate Aero TT. Thanks to the power increase, the Ultimate Aero TT became the fastest car in the world with its top speed of 256 mph.

Hennessey has decades of experience building some of the best custom cars of all time. In 2017, Hennessey decided to start an automotive company that would allow him to use his extensive automotive knowledge to build high-performance supercars.

Hennessey’s first vehicle was the Venom GT, and while it was great, many didn’t take it seriously because it was basically a tuned Lotus Exige. Hennessey’s second vehicle – the Venom F5 – is a different beast. It was built by Hennessey from the ground up and is powered by a twin-turbocharged 6.6-liter V8 delivering an insane 1,817 hp.

Most American gearheads know and love the iconic Ford GT40, as it was the first American car to win at Le Mans. Fifty years after the heroism of the GT40, Ford decided to honor it with a special model, resulting in the GT.

The Ford GT was incredibly popular, prompting Ford to build a second-generation model in 2016. The 2016 GT is a thing of beauty and has the power to match, thanks to a massive 660-hp twin-turbo V6 engine on tap.

Around the same time that Dodge was building the Viper, little-known company Vector Aeromotive was hard at work building its own European sports car killer – the W8. The W8 had many great features. For starters, it had a futuristic wedge-shaped design that made it look like the American version of the Lamborghini Countach.

RELATED: The 10 Coolest Wedge-Shaped Cars Ever

The W8 was potent too, thanks to a massive 6.0-liter twin-turbo V8 generating 625 ponies. Vector only built 22 W8s, making it one of the rarest American cars of all time.

The Ultimate Aero TT put SSC on the map when it clinched the production car speed record, but it didn’t take long for Bugatti to regain its title. SSC knew the Ultimate Aero TT had reached its full potential, so they started working on a worthy successor.

In 2020, SSC revealed the Tuatara as the successor to Ultimate Aero. Although it was controversial at first, the Tuatara wowed many when it reached a top speed of 295 mph. When homologated for the road, the Tuatara will be the fastest car in the world.

Saleen has been awfully quiet for the past decade, but in the early 2000s it was among America’s most promising automakers. After years of building performance auto parts, Saleen wanted to build their own supercar from the ground up, which resulted in the S7.

Although Saleen had no experience building high-performance sports cars, the S7 proved to be excellent. It had a proper design, great driving dynamics and plenty of power to play around with, especially the twin-turbocharged version. With a top speed of 248 mph, the S7 Twin Turbo was one of the fastest cars of the 2000s.

The Corvette is America’s most iconic sports car, which is why it will likely be the first continuously produced sports car in over a century. The eighth-generation Corvette debuted two years ago and impressed with its style, power and affordability compared to similar European sports cars.

RELATED: 8 Reasons The New C8 Corvette Is The Best Sports Car On The Market (1 Car We’d Buy Instead)

Chevy made a huge change to the eighth generation Corvette – for the first time ever, it’s mid-engined. While some were skeptical of the change, it worked out really well as the C8 is currently one of the best sports cars to drive.

Czinger is a small American automaker that was established in 2019. Although Czinger has only been around for three years, the automaker is building one of the most promising American cars – the 21C.

The 21C is built using some of the most advanced automotive technologies. It was designed using artificial intelligence and is produced using advanced 3D printing technology. It’s also super fast, as it’s powered by a hybrid system that generates a whopping 1,350bhp.

We’ve already told you how important the Viper was to the American sports car industry when it debuted in the 90s. The Viper was so successful that it remained in production for almost three decades with minimal changes.

Dodge has built several special editions of the Viper over its 26 years of production, and the ACR is among the best. The last Viper ACR was powered by an 8.4-liter V10 that produced 645 ponies and 600 lb-ft of torque, giving it superb performance.

Drako Motors is a Californian automaker founded in 2013 by Dean Drako. Drako Motors is looking to take on Tesla in the fast-growing electric vehicle space and looking at the GTE, it’s clear the little-known automaker is serious.

The Drako GTE is a four-door electric sports sedan that uses a four-motor system producing a claimed 1,200 hp. It’s limited to just 25 examples, each of which costs $1.2 million.